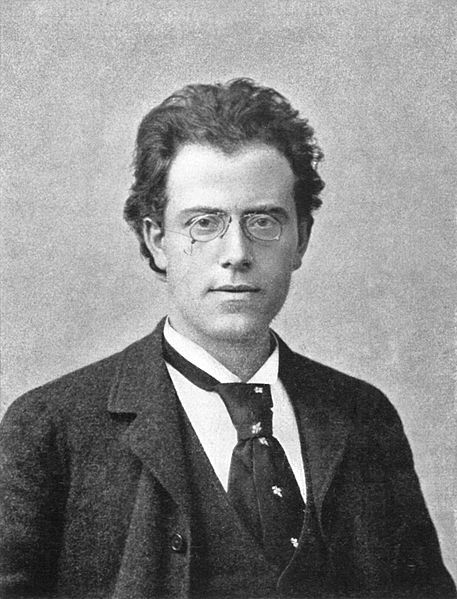 Recently, I was interviewed by John Smistad of Mythaxis Magazine.  He asked, “What made you pursue Music?”  I related a Story, but never got to the “punch line.”  Here now, is the Story of Mahler and an excerpt from his 10th Symphony going back to 1975.  "Early Morning Thoughts Listening to Mahler's 10th".

In 2005, I was on a plane going to Japan, there to record the Stormworks Chapter 5:8 Album: Writings on the Wall.  The event, the recording, the years of communications with the Japanese Ministry of Defense in advance of the recording session, where I would be joined by 300 Chorus members from the USA, is the “stuff” of yet another LARGE novel/documentary.

I had been asked several questions as part of a book that was being put together for Music Educators.  At first, I was going to ignore being part of the book, but with 15 hours in the air, a laptop, and the dread of boredom, I wrote the following in response to one of the questions.

It was this:  “Provide appropriate professional biographical information in either a personal narrative style or more formal ‘program-note’ bio style.  (3 pages)”

I have never seen the completed book so I don’t know how the following response was edited or omitted.  Here is just the MAHLER 10th part o the response:

Gustav Mahler said, “If a composer could say it with words, he would not bother trying to say it in Music.”
Kurt Gödel said, “There is no axiom or postulate for which the opposite is not also true.”

It takes a photon 38 million years to escape the forcible, unforgiving gravity of the sun and blast its way to the surface where eight minutes later it bathes the earth in the Light by which you find yourself reading this entry intended not just for us, but for those not yet born.

In the Timestorm of that 38 million years and eight minutes, give or take 50 years... a small boy (that's me) sat in his grandfather’s chair and looked deeply into his own hand.  “I don’t think this is normal”, said the boy’s aunt to her brother, the boy’s father.  “He should be outside playing, shouldn’t he?”

Some 30 years later, his first Symphony would play to the first standing ovation ever given in that 40-year-old hall.  The last movement?  “My Hand”.  And that would lead to a 2nd Symphony:  At Life’s Edge.

Time has been compressed like swirling storms around certain pinpoints, indistinguishable on the larger stage of humanity, but as important to the flow of Life as the specificity of a mathematical point in a grand equation.  Thirty years ago as of this writing, (2005) that same boy (that's me, Stephen Melillo) sat in a car parked by the water and listened 100 times to a 20-minute taped excerpt from the Mahler 10th Symphony. Play, rewind, play, rewind. Cassette tape, not disk.   Each time, yes 100 times, through sunset, sunrise, sunset and sunrise a new level of depth, a further stripping of the Soul, and a different, deeper, ever evolving kind of tear swelled up to that boys already swollen eyes… until no water was left in his depleted body.

It was 1975.  Thirty years to the day prior to that, the boy’s mother turned 10 and the Germans surrendered to the allies.  Thirty years since that point in Time, which I now recognize as a poignant axis of symmetry, that same boy... who is me, writes to you on a laptop... on a plane headed for Japan where History will soon be made.  With that frame of mind, I offer these thoughts to the Soul(s) of the Future.  Such a person will need these thoughts, as I, a boy of 16-17 needed Mahler.

This was the “story” told to John Smistad, but I had never reached the “punch line.”

Thirty years later, (in 2005) I was on a flight to Japan … to record the world-historic Chapter 5:8… and was responding to questions in writing for the Music Educator book. I explained that I had watched the sun set, then rise, then set again. Then… rise again. I was depleted in every way... and yet it was all a metaphor for STORMWORKS yet to come.

I was curious about how long, in real Time, I had been sitting there and listening. After all those years, I simply always thought of the elapsed Time as “100 listenings.” On the plane I did the math. Do you know how long it takes to listen to that particular excerpt from Mahler 100 times?

Thirty years later… on this important, world-history making flight, I had discovered something I had not previously realized.  I had a chill. It was always there, this “introduction to 333”… even before “The Bridge.”  (In the interview, you’ll hear me mention this moment to John as well.  Many apologies, for again, this the stuff of a much larger form like a novel or documentary.)

Maybe that is why “STORMWORKS” is so vast!