On the premiere of “AT DAWN ~ YOAKE ~ A New Challenge for the Future of Humanity.” 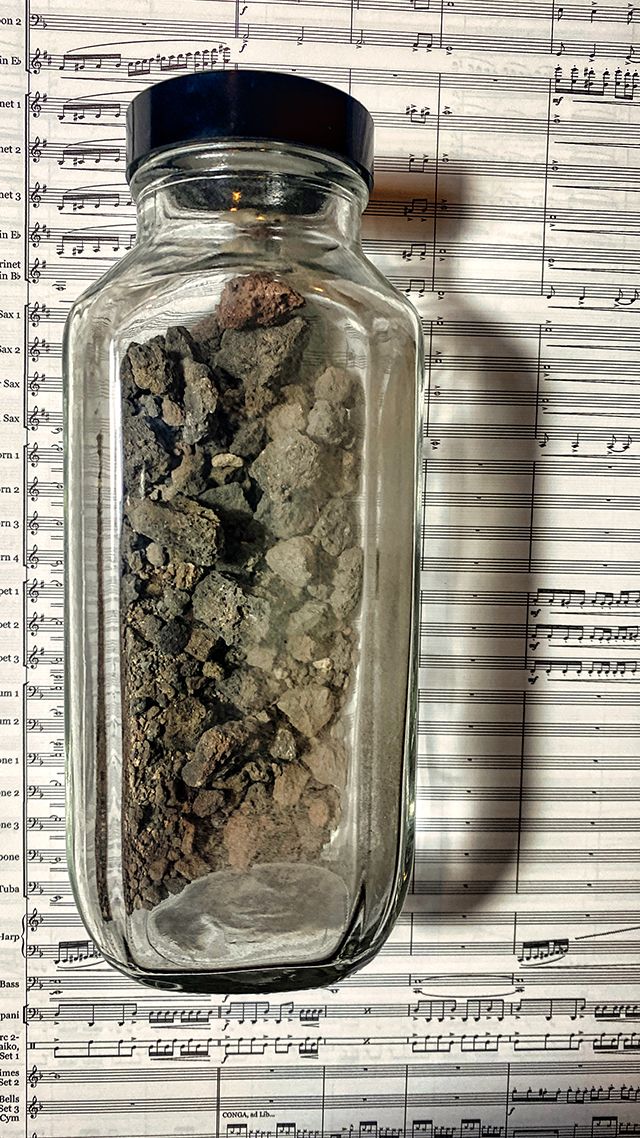 To Jun Sato-san, to the fine Student Musicians of The Asahikawa Commercial High School Band, and to the premiere audiences of “AT DAWN ~ YOAKE ~ A New Challenge for the Future of Humanity.”

During the pandemic, I composed over 295 minutes of new Music for various ensembles.  All of these works are connected, one interlaced expression, one eternal Message.  One of the first works from the pandemic-time was the piece you will hear tonight, AT DAWN ~ YOAKE ~ A New Challenge for the Future of Humanity.

To provide some context, please allow this sharing.  In 2005, three American friends, with 300 Chorus members from 2 American Universities joined me in Japan.  We recorded STORMWORKS Chapters 5:8, Writings on the Wall.  This was my first trip to The Land of the Rising Sun.  Our combined efforts on the 2-CD album, with 143 world-class Japanese Military Musicians, was World-History making!  But beyond even that, the experience of making the Music was also something Beautiful and Healing and Giving and everything we always hope Music will serve and be and accomplish.

Even when written in the solemnity and isolation of Prayer, we, what Beethoven would call The Brotherhood of Man, write Music as a Message to ourselves.  We proclaim with each scribbling and utterance that we are Brothers and Sisters, alive together in this Moment to lift each other up.  After writing the pieces, “Furusato” and “Musashi”, my Japanese friends took me to the gravesite of the 47 Ronin.  There I wept and prayed.  In all of these many powerful experiences, I grew to love the people of Japan.  I am honored to have such Friends across Time and Space.

This is why, precisely 1 year ago in this very month, I was delighted and excited to hear from Jun Sato-san.  He presented an opportunity to write another Gift for the People of Japan and the World.

Jun wanted a single “piece”, but without realizing it, he set into motion not only tonight’s premiere, but the premieres of the following pieces as well.  These interconnected works will all be recorded as part of STORMWORKS Chapter 89: Worlds Within the World.

The titles will give you a sense of the larger Message!

At Dawn, YOAKE, A New Challenge for the Future of Humanity

The Souls of Heaven

The Concerto for Tuba & Wind Ensemble (The Strong Soul, This Too Has Passed, Sorrows & Victory)

The New Beginning! (Nothing but Time, Written in Stars, Fugue State, In the Throes of Eternal Hope, The New     Beginning)

In Your Eyes I See the World

Ours are the Hours

Im Himmel höre ich nun (I Shall Hear in Heaven, The End of All Storms, I Hear Now in Heaven) composed for the     250th Anniversary of Beethoven… who said, “All Men shall be Brothers.”

Seven of these world premieres were postponed because of the pandemic.  Tonight, you are hearing the premiere of the piece which came first… and then inspired and brought forth the rest!

This is from a letter written by Conductor, Jun Sato-san:

“Challenge to a hopeful future.” “Peaceful days, beautiful scenery, interrupted by the looming fear of Corona, the sudden confusion, the closed world, the anxiety about the future, the hearts of the people who go by. However, human beings have overcome all the difficulties so far. Eventually, “the dawn of a new earth”, a peaceful earth, the Victory of human beings.”

As you can see, Sato-san perfectly describes a “Storm” work, Music dedicated to the Brotherhood of Man and the proposition that after the Storm, comes Victory and the triumph of Light!

To the fine Musicians of Asahikawa Commercial High School, from Hokkaido, Japan, in celebration of their 100th year, Ganbaro. Domo domo arigatogozaimassu. The inspiration for this piece came from the kids themselves.

Many thanks to Otomodachi, Jun Sato-san, a wonderful Conductor and Sensei-Teacher who has offered a Lifetime for his student Musicians. This piece is about him as well. As he retires, like Musashi, he looks back at his Life. His American friend, through Music, asks him to see in himself, the great “Warrior-Poet-Scholar-Artist” this work honors.

And to the Audiences who listen.  Musashi tells us that, “everything is within.”  This Victory of the Human Spirit is within each of us and ALL of us as Brothers and Sisters.  May this Music serve as an Inspiration for you, a soundtrack to serve you when facing your daily challenges and overcoming them.  Across all Time and Space, and despite the circumstances and forces that seek to divide us, we are all Brothers. 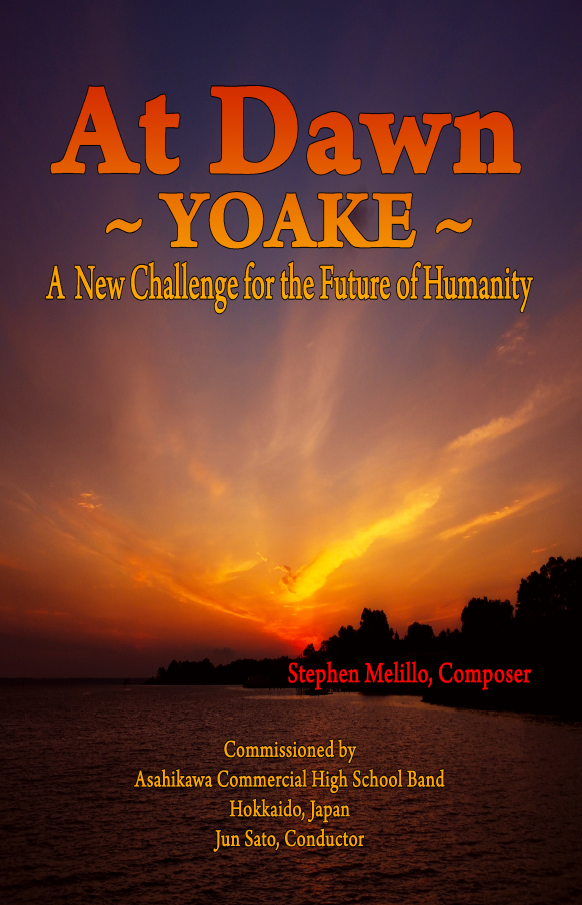