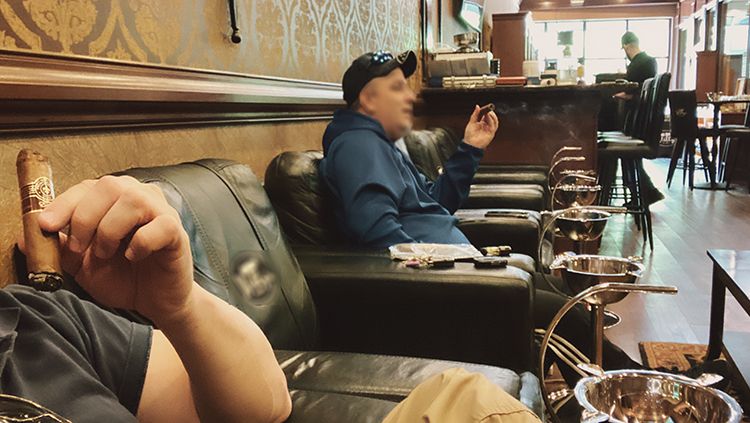 Vignettes of Cheek Turns
(no preachiness, just sharing… with YOU!)
by © Stephen Melillo, IGNA 29 APR 2021
On the birthday of Duke Ellington

Willy Romanello, Greenwich High School, Connecticut.  Class of 75.  We’ll get back to him!

It was somewhere sometime between 2 and 3AM.  I had gotten lost in the bowels of an unsavory, still-to-this-day unknown part of the Philly area.  It wasn’t too long of a drive back to New Jersey.  Thought I would nail it, but I was lost.  No Waze in those days.  I was tired from the last day of guest conducting.  I was on a bridge now.  Where the heck was I?

A closely following car played a nerve-wracking cat-and-mouse game with me on the deserted roads.  A mysterious driver, hidden behind bright headlights in the rear-view mirror, activated Spidy-tingles.

To make matters worse, I was running out of gas.  Prayers went up.  Now off the bridge, I pulled off onto an exit ramp and hoped to find a gas station in the wee hours.  I did.  When I pulled in, the still-trailing crew in the smoke-filled car drove by.  Gone.

The station attendant came out.  Of all the things that he might have said, he placed his hand on his head.  “Man, I have the worst headache.  And nothing’s opened.  Can’t even get aspirin.”

Saying, “Man, you came to the right guy,” I was already opening the trunk.  I had purchased a bottle of aspirin earlier that day.  Still unopened, I grabbed the bottle and tossed it to the attendant.  He smiled, offered me money, which I refused and thanked me.

“Hey, which way to Jersey?”

I was back in the car and almost home when it hit me.  The still-dark of early morning, the sole driver on the road save for that one suspicious vehicle, the gas-approaching-empty light blinking, the fatigue, the self questioning, “Maybe I should have stayed the night,” the finding of an opened gas station in impossible hours; all of it presented itself like a small movie.

I smiled all the way back to Jersey.  I thanked God for making use of me in that way.

Yesterday, despite all the careful planning and communications, the service guy at my car dealership told me it would be about… get this now… THREE hours.

Well, there’s no way I’m gonna sit here for 3 hours, I thought.  I walked to a Cigar Shop that was much closer to the dealer than I had thought.  I indulged in a Montecristo Espada.  Ha! Go big or go home.

Guys smoking Cigars, sitting back on nice leather upholstery have no problem talking to each other.  Strangers?  Irrelevant.  It’s like we’re each smoking the same Peace-pipe.

In a thick Boston accent, the guy next to me starts sharing loving tales about his Dad.  Man, did he love his Dad.  He talked about the fish business they had started in Boston, ironically during the same years that I was at the Boston Conservatory.  He mentioned the Sea-port area where I had made that life-changing prayer at 3:33 on Thanksgiving Day 1976, and he even mentioned the “No Name” restaurant.

Jimmy, from Boston, was a career Marine who fought in Desert Storm and other parts of the Middle East.  It ran in the family.  His Dad, whose name I never got, was a Marine at Saipan and Iwo Jima during WWII.  After at least a half hour of listening and sipping the Espada, I asked him, “When are you gonna see your Dad again?”

Acting like I was leaving, I casually went into the humidor and bought 2 more cigars.  I walked back to Jimmy and gave him the 2 cigars and a plastic pouch.  “One’s for your Dad, and one’s for you,” I said.  “Thank him for his service and thank you for yours.”

By the way, the brand of the cigars?  “My Father.”

After I sat down, it hit me.  Why the wasted day?  I have so much to do.  They told me on the phone it was just a swap-out.  But three hours?  “Killing” Time is another form of murder.  Like Beethoven said, “Man has no more noble possession than Time.”

But the car needed to be repaired on that day and take that long in the shop.  I was supposed to be away from my work despite the angst.  Why?  So I could be in just the right place at just the right Time to buy a Vet and his Dad a cigar.  Simple.  And it wasn’t so much the cigars that affected him.  It was the idea that a stranger would offer a little Kindness.  The small tear on his otherwise tough, Boston, Marine-gunny face said it all.

(For more on Kindness, read “Kindness” and “The Wishing Well”)

I walked back to the dealer.  It took another half an hour.  Oy!  But I thanked God for making use of me in that way.

3rd Movement:  all the Music and everything else… and YOU.

The only good reason for any story is YOU.  The next time you get slapped in the face, or have a world of hurt stacked up against you, or the next time something goes seriously wrong, when your work is stolen, when you get a flat tire, when you fall on your back and people laugh, whatever, look up.  Scan the heavens for whatever it is that YOU are supposed to do for someone else.  Honestly?  I have a million stories like this.  We could discuss them over Cigars!  (and/or Pizza.)

But, by now, and maybe you are too, I’m quite used to the ‘Slaps-into-Victory Stories,’ which takes us right back to…

“So, Willy, what was it you said about ‘turning the other cheek?’”

Willy Romanello, then just a 17-year-old kid and now a retired Greenwich Police Officer, said it like this.  “When someone slaps me in the face, I just look in that direction.”

“When someone slaps me in the face…”  (Willy takes his right hand and slaps his own face.  His head turns somewhere between 0 and 90 degrees…) “I just look in that direction.”

A smile comes to Willy’s face.  He laughs in a way I still remember after all these years.  What a lesson.  What a Gift.  I’ve shared this with my kids.

Thank you, William “Willy” Romanello, for being not only a good Friend but a young guy filled with much Wisdom.